You are here: Home / Chemical Emergencies and Weapons 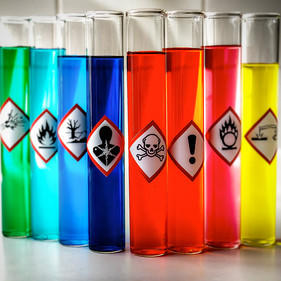 Chemical weapons are toxic chemicals deliberately used to cause chaos or fear or to harm people.  While biological weapons are viruses or bacteria ("germs") that cause a person to become sick and possibly spread their illness to other people, chemical weapons are simply poisons.  If chemical weapons were to be used, the most likely method of attack would be the release of a vapor or liquid into a public space.  While some chemical agents have a distinct color or smell, most are impossible to detect without sophisticated equipment.

Some examples of chemical weapons are: