You are here: Home / Celebrating 100 Years in Public Health! 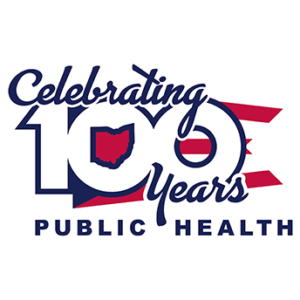 100 years ago, Woodrow Wilson was president, World War I had just ended and public health in Ohio was in need of some organization.  The enactment of the Hughes Act and the Griswold Act provided that much needed re-organization and laid the foundation for public health efforts still in effect today.  In the 100 years that have passed since the enactment of Hughes-Griswold, public health has had a significant impact on health and quality of life: People are living longer, immunizations are available to prevent 18 deadly diseases; food safety and sanitation has improved and motor vehicle fatalities have been reduced by 90 percent.  While the last 100 years have been filled with much success and progress, the next 100 years promises to show the ever-growing presence and importance of public health in our everyday lives.  Join us as we celebrate 100 years of public health with the theme "How the past has made public health matter."

1900s     Leading Cause of death is flu/pneumonia, TB, gastrointestinal illness

The Hughes-Griswold Act, passed in 1919, established municipal and general health districts across the state of Ohio to ensure that the state could effectively respond to public health crises. Although all municipalities in Ohio were required to form a Board of Health in 1893, after a statewide smallpox epidemic in 1917 and the nationwide influenza epidemic in 1918, it became clear that a more comprehensive and formalized approach to public health was necessary. In April 1919, Representative Hughes of Lorain introduced a law that established 102 health districts of two classes: municipal (in cities over 25,000) and general health (villages and townships). Each health district was required to have a full-time health commissioner, at least one full-time public health nurse, and at least one fulltime clerk. While the bill did not pass before the legislature adjourned, when they reconvened, the legislature passed the Hughes Bill with the Griswold Amendment in December of 1919. The amendment allowed for cities of 5,000 people or more to constitute a city health district and altered requirements for the Board of Health. – Courtesy of Lorain County Health Department

1966       Medicare Takes Effect After the Medicare Act was signed in 1965, it went into effect, ensuring all Ohioans (and U.S.) residents 65 and over would have health insurance, regardless of income or medical history. The act led to the expansion of the nursing services in many LHDs, and also allowed for home care agencies to receive reimbursements. (From Lorain County Health Department)

Over 50% reduction in rate of SIDS 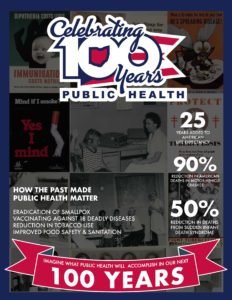